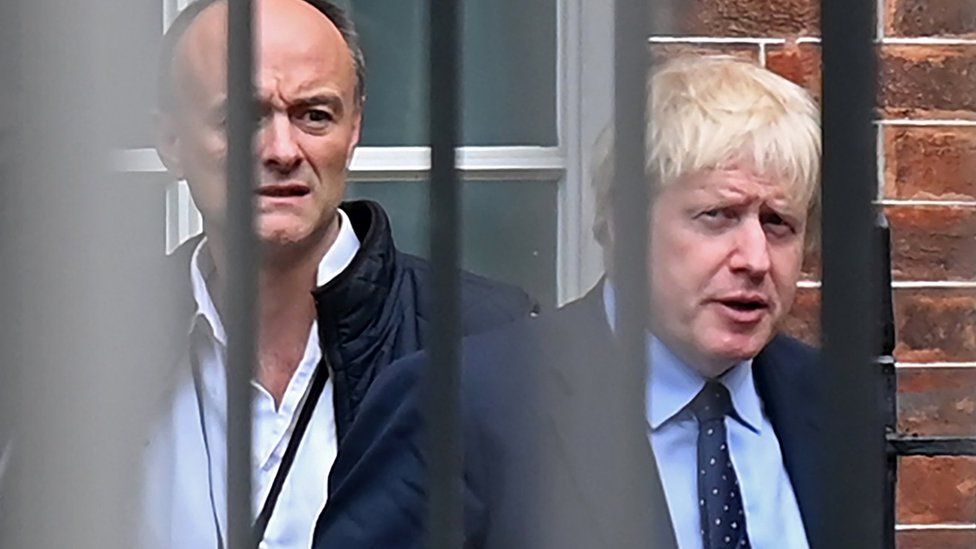 This is a powerful intervention from a man who was once one of Boris Johnson’s closest allies.
And before you roll your eyes and dismiss it as sour grapes from a betrayed advisor, think again.
Dominic Cummings’ blog demonstrates that he is able to talk about his time in Downing Street, regardless of how it affects the prime minister.
He has provided his version of events relating to two possible political weak points for Boris Johnson, in addition to denying leaking text messages.
It’s the funding for the reconstruction of the Downing Street apartment, as well as the leak of a proposal to enact a lockdown.
Mr Cummings’ willingness to reveal others when defending himself and lay bare the inner workings of No 10 is shown by the degree of detail. Several newspapers published front-page articles claiming that Mr Cummings was the source of leaked messages between Mr Johnson and Sir James Dyson, which the BBC first revealed this week.
The BBC, whose political editor Laura Kuenssberg broke the story about the text messages on Tuesday, said it did not comment on sources.
When asked whether he held his former adviser responsible, Mr Johnson replied, “I don’t think people give a monkey’s about who is briefing what to whom.”
The text messages were leaked, and No. 10 has opened an investigation into who leaked them.
Mr Johnson and Sir James exchanged text messages in March of last year, after the government asked businesses to help create thousands of ventilators for critically ill patients.
In it, the prime minister agreed to “address” the businessman’s worries regarding tax bills for his Singapore-based employees if they relocated to the United Kingdom to do so.
“I was not directly or indirectly a/the source for the BBC/Kuenssberg story on the PM/Dyson messages,” Mr Cummings wrote on his blog.
“I am delighted to meet with the cabinet secretary and have him check my phone for Dyson messages,” he adds.
Mr. Cummings goes on to say that he is “pleased for No 10 to publish every email I got and sent between July 2019 and November 2020.”
He also calls for a “urgent parliamentary inquiry” into the government’s handling of the Covid crisis, claiming that Mr Johnson has “far fallen short” of the “competence” the country “deserves.”
When he appears before a parliamentary inquiry into the government’s pandemic response on May 26, Mr Cummings promises to answer questions about “any” subject.