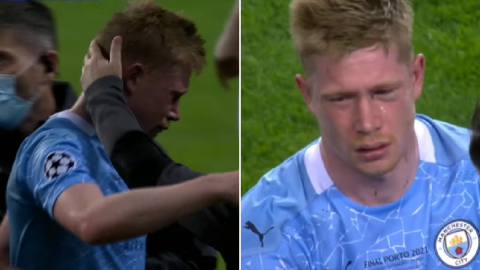 Kevin De Bruyne of Manchester City was moved to tears after being subbed out in the second half of Saturday’s Champions League final against Chelsea due to an eye injury. The Premier League champions fell behind in a very open and end-to-end game when Mason Mount played a brilliant through-ball in behind the defense for Kai Havertz.

Chelsea took the lead as the German managed to get around goalkeeper Ederson and send the ball into an empty net, with City unable to create chances against the west Londoners.

City’s chances of breaking through were immediately dashed when De Bruyne clashed with Antonio Rudiger, forcing the Belgian playmaker off the field. De Bruyne, who played for Chelsea from 2012 to 2014, attempted to play a one-two with Rudiger, but the German moved in front of him and blocked him, sending both players to the ground. But it was the City star who got the worst of it, banging his head into his opponent’s shoulder, and City’s medical staff had severe concerns about De Bruyne. 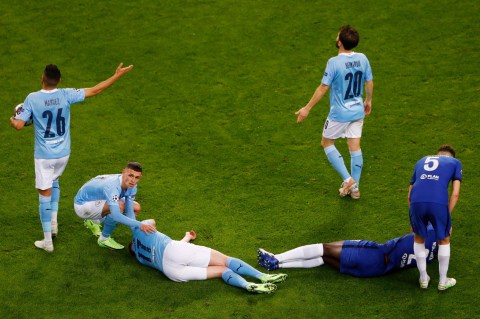 There were obvious concern that he had hurt his neck or had a concussion, and as he got to his feet, he already had a horrible-looking  Pep Guardiola was forced to take De Bruyne off and replace him with Gabriel Jesus, and as the Belgian walked off the pitch, he sobbed and was consoled by assistant manager Juan Manuel Lillo. De Bruyne was able to watch the rest of the game from the stands, and the swelling around his eye was starting to go down as he applied an ice pack to it.