While scantily-clad beauties dance away behind him, a Chelsea icon watches the Champions League final on his phone. 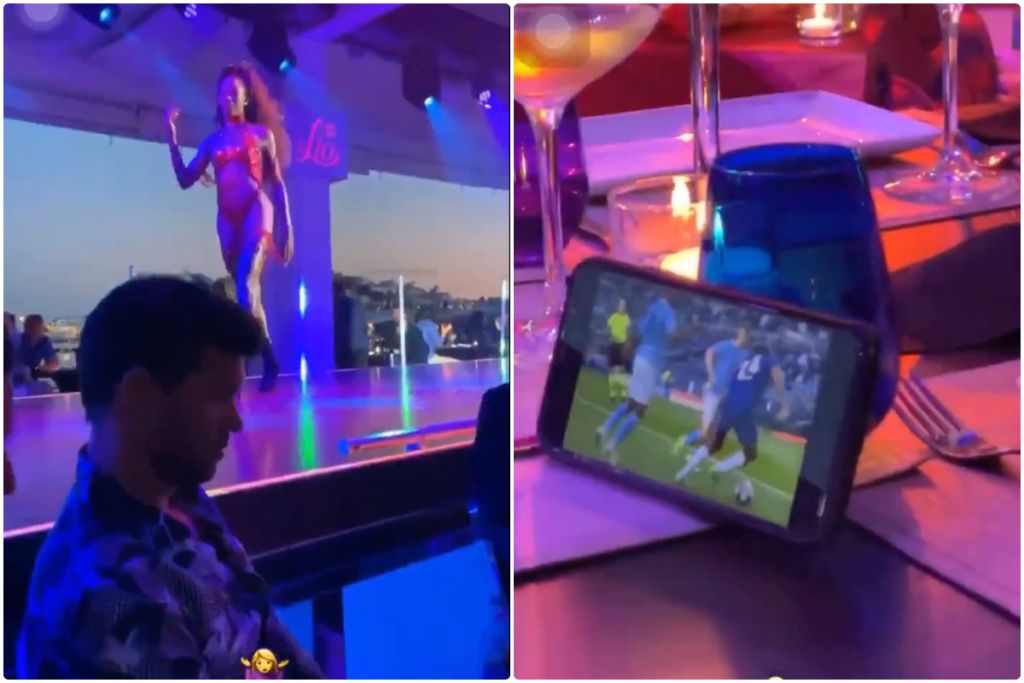 Here’s a moment you wouldn’t expect to see this evening in the Champions League final between Chelsea and Manchester City… Blues legend Michael Ballack is currently watching the all-English showdown on his phone while at what appears to be a posh function or restaurant.

Ballack is at an event with Turkish celebrity Seyma Subasi and her partner, where scantily clad dancers cut figures on the stage as the former midfielder’s eyes remain glued on the game. The Blues supporters will be ecstatic to see how committed the German icon is to the club.