Biafra: The Federal Government accuses Twitter of discriminating against Biafrans

Biafra: The Federal Government accuses Twitter of discriminating against Biafrans. 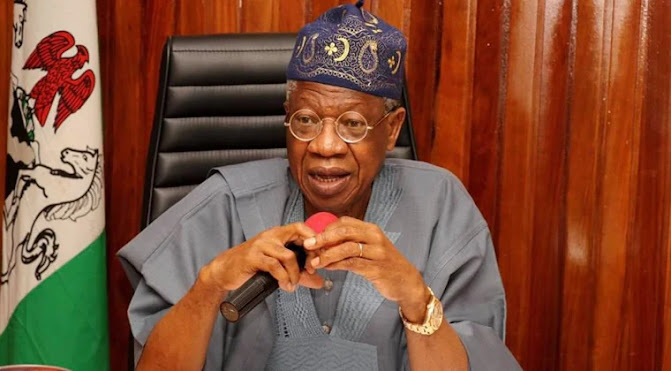 On Wednesday, the Minister of Information and Culture, Lai Mohammed, accused Twitter of having double standards after the President, Major General Muhammadu Buhari (retd. ), deleted a contentious post about the Biafran war of 1967-1970, during which many lives were lost. On Wednesday, Mohammed told State House correspondents at the Presidential Villa in Abuja that Twitter had casually disregarded inciting posts by Nnamdi Kanu, the leader of the Indigenous People of Biafra, and others.

The minister claimed that during the #ENDSARS demonstration, when government and private property was plundered or damaged, the social media giant demonstrated the same bias. “Two, any organization that instructs its members to assault police stations, kill police officers, attack penitentiary centers, kill warders, and now you’re saying Mr. President has no right to voice his displeasure and indignation about it? “It is they who are guilty of applying double standards. I don’t see anywhere in the world where an organization, or a person, will stay outside of Nigeria and order his members to target symbols of authority, such as the police and the military, especially if that organization has been banned.

“By whatever name you call it, you can’t justify giving orders to kill cops or anyone you don’t agree with.” “Many of those misbehaving today are too young to be aware of the carnage and loss of lives that occurred during the Nigerian Civil War,” Buhari said on Tuesday using his Twitter profile, @MBuhari. Those of us who spent 30 months in the fields and lived through the conflict will speak to them in their own language.” Twitter removed the tweet after receiving complaints, noting, “This tweet violated the Twitter guidelines.”