Hunger and infections are rife in the north-west, and Zamfara is in a state of emergency, according to MSF.

Hunger and infections are rife in the north-west, and Zamfara is in a state of emergency, according to MSF. 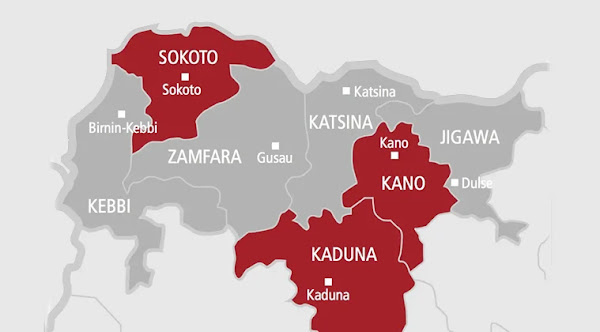 On Thursday, Médecins Sans Frontières (Doctors Without Borders), an international medical organization, offered a bleak picture of the humanitarian catastrophe in the North-West, stating the region was dominated by hunger and illness. In a statement made from a hospital it supports in Anka, Zamfara State, MSF claimed this. According to the release, the group’s Head of Mission in Nigeria, Froukje Pelsma, said, “The lives of people in North-West Nigeria are today dominated by starvation, abuse, and preventable diseases.”

“What is going on here is a humanitarian crisis that requires immediate notice and right solution. The authorities, as well as all other important players, should undertake responsibility. Dr. Godwin Emudanohwo of MSF claimed that the scenario in Zamfara State was far worse. “Our teams in Zamfara State have seen an alarming increase in preventable illnesses linked to a shortage of food, drinking water, shelter, and vaccinations,” he said.

“Children are showing up here (at the hospital) in terrible shape. Our staff in Anka, Zurmi, and Shinkafi treated 10,300 children for severe acute malnutrition, measles, malaria, diarrhoea, and respiratory infections in the first four months of 2021. This is up 54% over the previous year.” As a result, the group has asked for an immediate humanitarian response for people in the region who are in severe need of food, drinking water, shelter, security, and essential services, such as healthcare. It asserted that what began as minor confrontations between farmers and herders contending for increasingly scarce land and water supplies had devolved into violence perpetrated by armed gangs who profited from kidnapping and plundering. People who make it to MSF health facilities frequently tell that the increase in violence has forced them to flee their homes, crops, and grazing pastures, according to MSF personnel.

………
If you’re reading this have nice day!

Some have taken refuge in Zamfara’s larger towns, they claimed. The MSF crews also described the living conditions in the camps as “abysmal,” with no regular food distributions, inadequate water and sanitation facilities, and no basic shelter. Others, they said, have remained in villages, fearful of traveling on hazardous routes and delaying excursions to seek healthcare or meet other basic necessities.

“There is hardly any food to give my children,” a mother identified as Halima told the gathering. The MSF reported Halima’s two children were being hospitalized in Anka hospital for severe acute malnutrition. “We can no longer raise crops because criminals attack our farms,” the woman explained. Two of my children were infected with measles and were rapidly losing weight. The roads are extremely perilous, but I had no choice but to put my life on the line to get them to the hospital. When their older sister contracted the measles, I decided it was too late to drive her to the hospital. She became blind as a result of complications.” According to the International Organization for Migration, there were more than 124,000 displaced individuals living in Zamfara State in February 2021, according to the MSF. MSF claimed its staff had recorded more than 14,000 displaced individuals in Anka town alone, with 1,599 arriving in the last four months. Kidnappings, murders, armed robbery, and sexual assaults have all increased, according to the organisation. “Our teams in Zamfara have received over 100 survivors of sexual assault from January to April,” said MSF’s Dr Noble Nma, medical activity manager in Shinkafi, where the MSF runs a clinic for sexual assault survivors.

“Women and occasionally men are abducted by armed men and subjected to abuse for a few weeks before being returned to their communities,” Nma said. This is on top of the domestic violence that women endure in the community.” He claimed there was apprehension about traveling along perilous routes because rape survivors frequently sought help late as night. “The survivors are frightened to drive, so they generally arrive at our clinics too late to avoid sexually transmitted infections and terrible mental trauma,” he explained. “They say there are more survivors out there who are terrified to come here, so we’re only seeing the tip of the iceberg,” says one survivor. “What is happening here is a humanitarian disaster that requires immediate attention and a thorough response,” MSF Head of Mission in Nigeria, Pelsma, stated. The government, as well as all essential parties, should take responsibility for the affected communities.