In Calabar, police arrest a native doctor and parade 108 others.

In Calabar, police arrest a native doctor and parade 108 others. 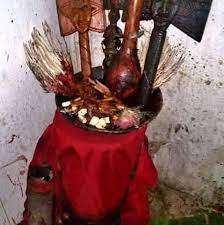 The Cross River State Police Command warned on Friday that it will no longer tolerate any type of street demonstration by any group in the state, emphasizing that a slew of weird elements were waiting to take advantage of such opportunities to cause mayhem. The Commissioner of Police, CP Sikiru Akande, issued the warning while escorting a native doctor and 108 other suspects apprehended by his team across the state during the period under consideration.

While briefing reporters, CP Akande stated that the #EndSARS episode would never happen again because they are prepared to deal decisively with any criminal element in any disguise. His words: “We are working in accordance with President Buhari’s directions through the Inspector General of Police, Alkali Baba, to ensure that we maintain the relative peace that exists in Cross River.” “We are going all out against state foes who may wish to cause problems, and this time, we are bringing the fight to them as we smoke them out of their different hideouts across the state, and we are not resting on our oars.

“I want to use this means to inform the public that protesting is not the greatest method to express themselves. At this time in our country, no further street protests will be permitted in any region of the state, because we are well aware that we now have a large number of infiltrators who can easily hijack such protests. ” As a result, we are using this medium to prohibit all street protests, because organizations such as ESN, BHM, ISWAP, and BH may easily utilize it as a platform to cause mayhem. “We have also established that more than 90% of those we have apprehended are not from Cross River, thus the people of the state must stand and safeguard the land that God has given them.”

“Any person or organization that wishes to disrupt the relative tranquility in the state will be met with brutal force within the confines of the law, as we will never fold our hands and let criminal elements ruin our Commonwealth,” he threatened. The accused were paraded for a variety of offenses like as armed robbery, illegal possession of firearms, and attempted arson, among others.

Vanguard also gathered that 35 suspected cultists were arrested at an initiation rite at a hotel in Bakassi Local Government Area, including a native doctor who makes “criminal charms” for them, and that 14 girls were among those arrested as new recruits of the hidden sect.