The Federal Government of Nigeria has suspended Twitter’s “operations” in Nigeria.

The Federal Government of Nigeria has suspended Twitter’s “operations” in Nigeria. 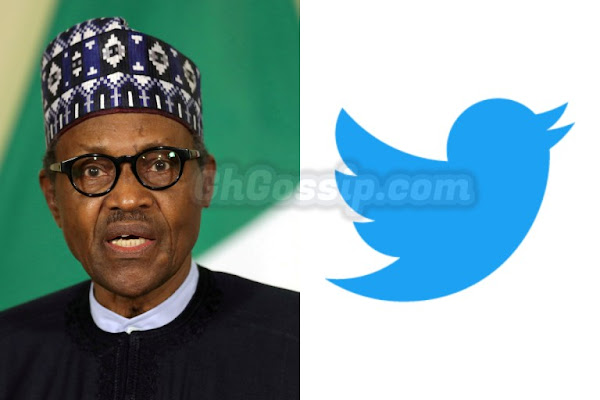 The Federal Government of Nigeria has halted the activities of Twitter, a microblogging and social networking website, indefinitely. According to a statement by his Special Assistant on Media, Segun Adeyemi, the Minister of Information and Culture, Lai Mohammed, made the announcement on Friday.

However, investigations by our correspondent revealed that Twitter was still operational in Nigeria at the time of reporting this story, with users still able to use the network. The minister’s statement also did not specify when the ban would be implemented. Anything celebrity had previously reported that on Tuesday, Twitter erased a message by Nigerian President, Major General Muhammadu Buhari (retd.). The President had criticized the attacks on police stations, jails, and Independent National Electoral Commission offices, particularly in the South-East, and warned that those who encourage insurgency and violence in the country will be startled.

“Many of those misbehaving today are too young to be aware of the carnage and loss of life that occurred during the Nigerian Civil War,” Buhari tweeted. Those of us who have been in the fields for 30 months and have been through the battle will treat them in the language that they understand.”

Some people were enraged by the President’s tweet, believing he was disrespectful to use a civil war analogy. His detractors complained the tweet to Twitter, and the microblogging service later deleted the post with the message, “This Tweet violated the Twitter Rules.” Mohammed then slammed Twitter for encouraging insurgency in Nigeria since last October’s #EndSARS protests, which resulted in the loss of lives and property across the country. In a statement issued on Friday, the minister stated that the Buhari administration has halted Twitter’s operations in the country.

The statement, headed ‘FG Suspends Twitter’s Operations in Nigeria,’ stated that “the Federal Government has suspended, indefinitely, the operations of the microblogging and social networking website, Twitter, in Nigeria.” “In a statement issued in Abuja on Friday, the Minister of Information and Culture, Alhaji Lai Mohammed, announced the suspension, citing the platform’s recurrent usage for activities capable of damaging Nigeria’s corporate existence. “The Minister also stated that the Federal Government has asked the National Broadcasting Commission to begin the process of licensing all OTT and social media businesses in Nigeria as soon as possible.” The PUNCH previously stated that Dr Daniel Bwala, a lawyer and member of the President’s ruling All Progressives Congress party, said that Twitter deleted Buhari’s message maliciously but did not erase the inciting posts of Indigenous People of Biafra leader Nnamdi Kanu. Bwala had also accused Twitter CEO Jack Dorsey of facilitating a process that may have resulted in insurgency in Nigeria since last October during the #EndSARS demonstration. He also encouraged the Federal Government to file an official protest with the United States Congress in order to summon Twitter CEO Jack Dorsey to explain his recent engagement in actions in Nigeria that are largely seen as secessionist in nature. The Buhari administration has recently suggested harsher punishment for those who “misuse social media.”

The Senate is now debating the Protection from Internet Falsehood and Manipulation Act of 2019, sometimes known as the anti-social media bill. It intends to criminalize the use of social media for the dissemination of false or damaging information. Senator Mohammed Musa, a member of the President’s All Progressives Congress, sponsored it.