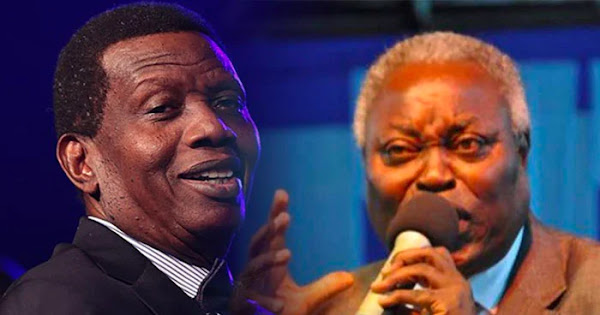 The plan by the Attorney-General of the Federation and Minister of Justice, Abubakar Malami, SAN, to prosecute all violators of the Twitter ban, including the General Overseer of the Redeemed Christian Church of God, Pastor Enoch Adeboye, and the Founder and General Superintendent of Deeper Christian Life Ministr, Adedayo Adeoye (retd.), has been described as “unnecessary.” DIG Adeoye, 72, claimed this in an exclusive interview with The PUNCH on Tuesday, saying that the suspension of Twitter has increased the platform’s popularity because more Nigerians are now aware of it. According to him, Adeboye and Kumuyi’s massive followings would make prosecution of the two clerics difficult, if not impossible, because many legal luminaries would be eager to defend the priests. In a tweet on Monday, Adeboye, 79, stated that his church is present in over 170 countries and that tweeting is in conformity with Article 19 of the United Nations Universal Declaration of Human Rights.

Hours later, Kumuyi, 80, tweeted that his church has branches in over 100 nations and five continents, allowing it to tweet from anywhere in the world. Lai Mohammed, the Minister of Information and Culture, later stated that the AGF would decide whether or not to prosecute the suspects.

In an interview with The PUNCH, DIG Adeoye stated that the government will not be able to prosecute Twitter ban violators since the Judiciary Staff Union of Nigeria is on strike. “It is unnecessary,” he stated. How many people will be prosecuted by the government? Nobody can be prosecuted by the government and win. “These are God’s men; they don’t use it against the government; they use it to spread the gospel. As a result, we should leave them alone and let them continue. “If the government proceeds with the prosecution of them (Adeboye and Kumuyi), their supporters may react, and they are expected to respond. Thousands of people will accompany them to court, and the court will be overwhelmed. The judge or magistrate will then go into hiding somewhere. The government should remain silent on the issue and let it die naturally.” DIG Adeoye went on to say that the government’s decision to stop Twitter was “ill-conceived” since “several factors should have been considered before prohibiting such an information outlet.” People’s reactions, as well as those of the international community, notably the United States, the United Kingdom, and Europea

“I am not in support of anyone using Twitter to harm the government,” he stated emphatically. I disagree; the government should report to Twitter in order to properly control the network, which I believe Twitter has begun to do. Twitter recently removed one or two tweets from (Indigenous People of Biafra leader Nnamdi) Kanu.” To maintain face, the DIG recommended the administration to remain silent about the Twitter ban. “The government may not even say they have unblocked Twitter, but when people start using it, the whole thing will die naturally,” he continued.