Representatives move to provide legal support for Amotekun, Ebube Agu, and others.

Representatives move to provide legal support for Amotekun, Ebube Agu, and others. 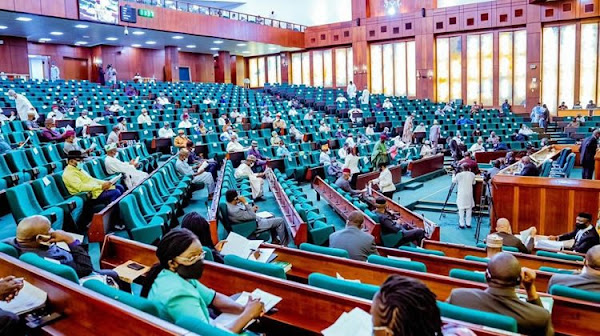 The House of Representatives intends to modify the 1999 Constitution to recognize security groups established by states to supplement the Nigeria Police Force in its efforts to protect lives and property. The bill containing the idea, which was sponsored by Anthony Afe of Delta State, passed second reading in the House on Wednesday.

The bill is headed, ‘A Bill for an Act to Alter the Provisions of the Federal Republic of Nigeria Constitution, 1999, to Give Legal Support to State Security Outfit to Complement the Nigeria Police Force.’

Several states and geographical zones have already formed vigilante squads and security units under various codenames. The South-West Security Network Agency, widely known as Amotekun, is prominent among them, as is the vigilante network in the South-East, nicknamed Ebube Agu. Afe, who led debate on the bill, argued that it sought to “provide legal basis for the establishment of state security forces to supplement the Nigeria Police Force.” “The pervasive violent crime in every nook and cranny of the country has no doubt overwhelmed the Nigeria police as it is currently formed, both in terms of personnel capability and modus operandi,” he said.

“The security challenges necessitate expanding the scope of policing to require state governments and councils to play more defined and active roles in funding and pooling personnel, who are expected to be more knowledgeable about their environment in key aspects of intelligence gathering and crime bursting, other than crimes defined as federal crimes under the proposed new police architecture.” According to the congressman.