The Federal Government would employ a common-sense method to pull 100 million Nigerians out of poverty, according to Osinbajo.

The Federal Government would employ a common-sense method to pull 100 million Nigerians out of poverty, according to Osinbajo. 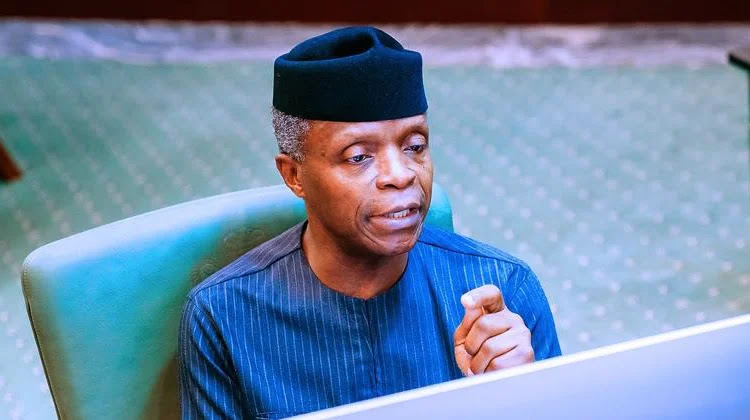 “I want us to go beyond all we are going to accomplish; there will be a lot of paperwork, but a lot of common sense is what grows economies.

“It is similar to what other countries have done, rather than reinventing the wheel. So, I want us to concentrate on such commonsensical issues so that we can genuinely move forward,” Osinbajo was quoted as adding. He offered Bangladesh as an example of a poverty reduction approach that was also adopted, emphasizing the importance of the country’s manufacturing industry. Bangladesh, he claims, exports more clothes than Nigeria exports oil. .

“Countries that have succeeded to escape poverty have created a large number of jobs through industry and have adopted deliberate policies. “We must look at what others have done, the wise things that others have done, and adopt. “We really need to think carefully about how we fund agriculture. I believe we must take a deep dive since governments have made various efforts to alleviate poverty, but they have not yielded the results that they should have. “And I believe it is because there is so much emphasis on documentation and bureaucracy, with so few practical approaches.” He emphasized that it was a national strategy rather than a federal approach, which is why the steering committee included both federal and state authorities.

Governor Kayode Fayemi of Ekiti State, who is also the Chairman of the Nigeria Governors Forum, and Governor Babagana Zulum of Borno State were among those in attendance. The meeting was also attended by the Secretary to the Government of the Federation, Boss Mustapha, as well as the Ministers of Agriculture, Muhammad Nanono, Industry, Trade and Investment, Niyi Adebayo, and Labour and Employment, Chris Ngige.