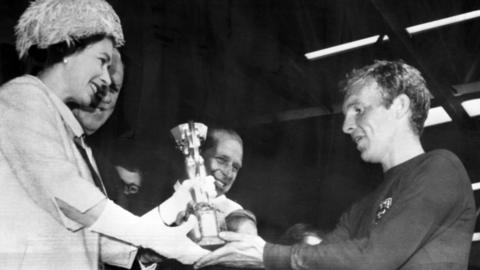 As she conveyed her “best wishes” to the England squad ahead of the Euro 2020 final, the Queen recalled delivering the World Cup trophy in 1966. She expressed her hope that history would document not only the team’s success, but also “the attitude, commitment, and pride with which you have behaved yourselves.” The monarch stated that she seen what it meant to the players 55 years ago when they won a big event.

On Sunday, Gareth Southgate’s team will face Italy at Wembley Stadium. “Fifty-five years ago, I was fortunate to present the World Cup to Bobby Moore and saw what it meant to the players, management, and support staff to reach and win the final of a major international football tournament,” she writes in her message. “I want to send my congratulations and those of my family to you all on reaching the final of the European Championships, as well as my best wishes for tomorrow, in the hope that history will record not only your success, but also the spirit, commitment, and pride with which you have conducted yourselves.” “We know how much it means to the English fans so we are proud to be representing them and hopefully we can do them proud tomorrow night.”

Southgate stated at a news conference on Saturday evening: “It has been lovely to receive the letter from the Queen and the Prime Minister, as well as the acknowledgement that the players have approached this in the proper manner. 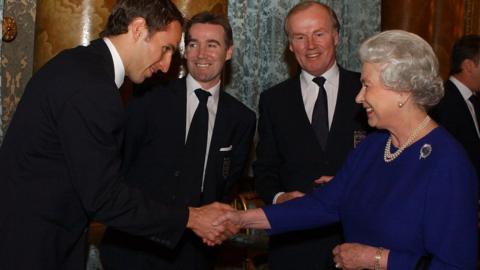 “But we’re in a championship game, and we’re here to win. We’d like to take the trophy home now.” Earlier in the day, fans lined the road as the England team bus drove away from the England training camp near Burton upon Trent. On Saturday night, the team will stay in Watford, near Wembley Stadium. Captain Harry Kane stated, ” “Seeing the fans on the street and the response we’ve received has further demonstrated how significant this moment is.