JUST IN: Veteran Singer Sound Sultan Has Passed Away

JUST IN: Veteran Singer Sound Sultan Has Passed Away 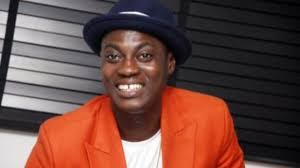 The singer passed away on the morning of July 11, 2021. His brother, Kayode Fasasi, issued a press announcement announcing Sound Sultan’s death. The singer was 44 years old when he died after a protracted struggle with Angioimmunoblastic T-Cell Lymphoma. The family has also requested complete privacy as they deal with this devastating loss. According to the news release: We regret to inform you of the death of multitalented legendary singer, rapper, and songwriter Olanrewaju Fasasi a.k.a. Sound Sultan. He died at the age of 44 after a long fight with Angioimmunoblastic T-Cell Lymphoma. His wife, three children, and siblings survive him. As we come to terms with this devastating loss, his family will appreciate the utmost privacy.

Fans who awoke this morning will recall the singer purportedly being diagnosed with throat cancer only a few months ago. Sound Sultan has been in the news since May before his death this morning. According to reports, the singer was diagnosed with throat cancer. His team, on the other hand, came out and denied the rumors. Sound Sultan further stated that when the time comes to share his narrative, it will be true and not false.

Sound Sultan is a pioneer of the contemporary Nigerian sound that we enjoy, having collaborated with practically every performer in the music field, both new and old. He has 7 studio albums to his credit and will be remembered for great songs like ‘Mathematics,’ ‘Area,’ and ‘Kokose’ alongside Wizkid.