Lawyer says Kanu’s trial is public and invites IPOB and others to attend Monday’s sitting.

Lawyer says Kanu’s trial is public and invites IPOB and others to attend Monday’s sitting. 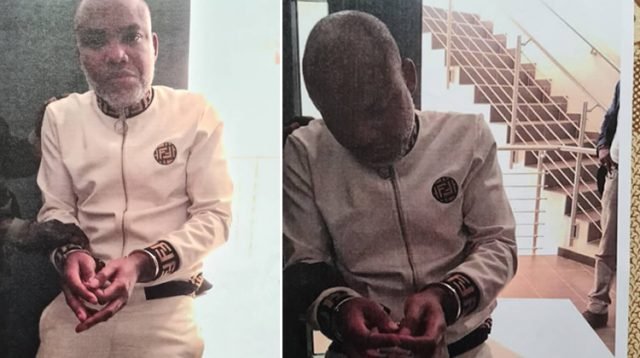 Ejimakor has asked IPOB members and other supporters of the separatist to attend Kanu’s trial on Monday in Abuja. ‘Security agents must not molester those coming to show solidarity with Kanu’, he said in a press statement on Sunday. ‘

It was prompted by reports that those coming to Abuja in solidarity with Kanu would be harassed or even arrested by security agents, according to Kanu’s spokesperson. Kanu, the leader of the Biafran separatist movement, was arrested and brought back to Nigeria after four years on the run. IPB (Indigenous People of Biafra) is an outlawed group that agitates for a separate Biafran state for Igbos in South-East Nigeria He was arrested in Kenya, according to his wife, but Nigerian authorities have not said how they got him. As of Monday, July 26, Kanu will face charges of “terrorism.” While I am not calling on people or Kanu’s supporters to throng Abuja for the hearing on Monday, it is important to note that anybody who wishes to come is not doing anything illegal, provided such a person comes in peace.

A public trial is underway in Kanu’s case. He is presumed innocent until proven guilty.” Whoever is present in Abuja and wishes to be a part of his trial is protected by his constitutional right to freedom of movement and association