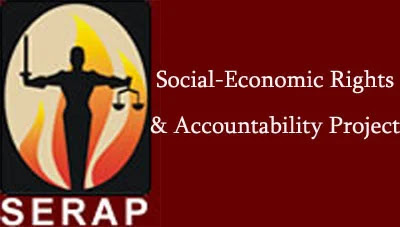 As part of their lawsuit against the President, Major General Muhammadu Buhari (retired), and the Minister of Information and Culture, Lai Mohammed, the Socio-Economic Rights and Accountability Project and Centre for Journalism Innovation and Development have filed a complaint with the Federal High Court in Abuja. Commission nationale de radiodiffusion (CNR) was charged together with President and Minister.

In suit number FHC/ABJ/CS/725/2021, SERAP and PTCIJ requested the court to declare illegal the gag order as it infringed media freedom and Nigerians’ freedom of expression and access to information, according to a joint statement. They asked the court to prevent the Federal Government, NBC, Lai Muhammed or any other person from imposing fines or other sanctions on broadcast stations for carrying out their constitutional duties of reporting details of terrorist attacks and victims during daily newspaper reviews. Kolawole Oluwadare and Opeyemi Owolabi, the lawyers representing the groups, filed the suit. Groups urge NBC and Lai Mohammed to remove their instructions ordering journalists to avoid reporting on terrorist acts and victims.

Constitution of 1999 as amended and Nigeria’s international human rights commitments. Lai Muhammed’s instruction and the NBC’s directive would be utilized to restrict Nigerians’ rights to freedom of expression, access to information, media freedom, and victims’ rights to justice and appropriate remedies, according to SERAP if the reliefs sought were not provided quickly. There is no legal jurisdiction for Mr. Lai Muhammed to restrict journalists’ rights and impose fines that are unconstitutional. Journalists and broadcasters that report on terrorist acts and victims in the country could face fines and other sanctions, including jail time. There are millions of Nigerians, including SERAP members and PTCIJ, who easily obtain government policies through the daily newspaper reviews by journalists and radio stations. Section 2[1](a)-(u) of the NBC Act gives the NBC the power to make rules to carry out its statutory functions. However, such powers should be exercised in accordance with Nigeria’s Constitution and its international human rights obligations.

Journalists and broadcasters’ constitutional and legal duties cannot be justified, since Nigerian authorities have failed to show It would put at danger a legitimate state interest that outweighs the public’s interest in such information, if terrorist attacks and their victims were reported.

There will be anarchy, licentiousness, authoritarianism and brigandage if agencies are allowed to act at their whims and caprices under the pretense of completing their statutory obligations. There had been no announcement regarding a date for hearing the case.