A new incarceration facility in Benin has been opened for Sunday Igboho.

A new incarceration facility in Benin has been opened for Sunday Igboho. 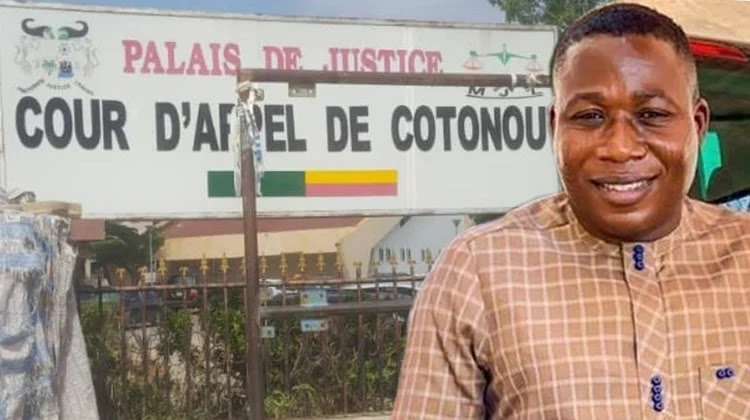 He had leg chains and handcuffs on him, according to the PUNCH. As of Monday morning, Ilana Omo Oodua reported that the leg chain and handcuffs were taken from his person. Ibrahim Salami, one of Sunday Igboho’s lawyers in Cotonou, Benin Republic, said the activist needed help to eat and use the bathroom due of the handcuffs. Igboho was held at Brigade Criminelle prior to the new decree. .However, our journalist was told by a prison official that the activist could be transported to Cotonou Civil Prison. Igboho’s wife, Ropo, and a few others were the only ones allowed to attend. There was a ban on access to the courtroom for journalists and Igboho’s supporters. As of the time of filing this report, the details of the judgment are sketchy at best. Police dispersed supporters and journalists from the premises of the Cour De’appel De Cotonou, according to a report in the PUNCH. Moments later, however, some of the supporters gathered at Marina Roundabout to await the outcome of the case. They were arrested at the Cadjèhoun Airport in Cotonou, Republic of Benin, on Monday, July 19, 2021, by the International Criminal Police Organization. Igboho’s five lawyers failed to convince the prosecution that he had no case to answer when they appeared in court on Thursday. Ropo, the activist’s wife, was released by Beninese authorities, but the activist, 48, was returned to police custody. Igboho was on a watch list for alleged trafficking in weaponry, encouraging violence that could result in societal disturbance, and other crimes, according to his lawyers. causing disunity in Nigeria.