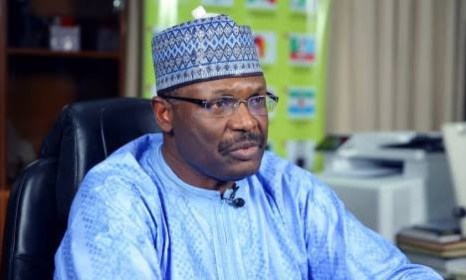 Numerous West African nations have expressed interest in studying and adopting INEC’s innovative election monitoring and support system. During the commencement of a two-day retreat on “the Optimisation of the Election Monitoring And Support Centre (EMSC) operational structure” held in Keffi, Nasarawa, INEC Chairman Prof. Mahmood Yakubu presented this information to the media on Friday morning.

It has become an important tool for monitoring, implementation, and management of Nigeria’s electoral plans and activities. Yakubu said. At its inception in November 2015, he said that his commission’s purpose consisted primarily of consolidating advances made by the previous commission (2010-2015) in creating procedures for the ongoing and effective management of the election process. “Our ambitions are not limited to addressing issues that arose during the 2011 and 2015 general elections,” stated Yakubu. His goal was also to design proactive and knowledge-driven solutions that would address these difficulties in 2019 and to help the commission’s efforts in preparing, conducting and managing elections. As well as the EMSC, the 2017-2021 Strategic Plan (SP)/Strategic Program of Action (SPA) and the 2019 Election Project Plan (EPP) are the result of the EMSC’s ongoing search for creative and improved solutions for managing our election process.

Over the years, the commission has continued to expand the boundaries of electoral management and governance by introducing innovations and knowledge-driven systems. ” One such innovation is the EMSC. In its capacity as an early-warning system and a monitoring, implementation and management tool, the EMSC warns the 36 states and the FCT through its field offices and people. electoral problems, identifies electoral risks/threats, and gives real-time information on election status. By doing so, the EMSC makes information about potential hazards or threats to an election available to the commission in real time, he said. A coordinated early warning, monitoring, and implementation system became increasingly apparent to INEC in the run-up to the 2019 general elections, Yakubu said. In the Election Project Plan for the 2019 general election, he said, this was done to keep track of hundreds of interconnected electoral operations. As a result, he added, INEC has accepted the EPPC’s suggestions to consolidate the three monitoring mechanisms of the commission into a single institution called the Election Monitoring and Supervision Commission (EMSC). EMS, ERMS, and the Election Operations Support Centre were the three monitoring mechanisms he cited (EOSC). As the commission’s electoral process manager, the EMSC has been a major asset to it.

Its resilience as an election administration tool is attested to by the interest displayed by numerous countries in the West African Region and beyond in studying and adopting the system. Some features of the tool are already being considered by the Ethiopian and Malawian Electoral Commissions for their elections. Nigeria and INEC may have contributed to election administration in the globe via the EMSC, he said. When it comes to conducting and managing elections, Yakubu added that INEC and its pioneers must continue to push the system’s boundaries by strengthening its strengths, fixing its issues, and increasing its reach. Its merits and challenges have been well-documented by the commission, which used it for the 2019 general election. “Before the 2023 general election, which is just 560 days away,” he stated, “the benefits must be enhanced and built upon, while the anticipated challenges must be overcome.” In addition, INEC’s top official stated that the retreat was vital to the EMSC and the commission as a whole. In his remarks, he encouraged participants to work around the clock at the retreat, to come up with new ideas for the EMSC, to address its issues, and to develop complete policy guidelines for its operations. This agency must be repositioned to fulfill its major responsibilities of early warning, identifying dangers and risks, and overseeing electoral activities. “(It must) re-examine itself All field actions that have a direct impact on elections must be reported in a timely manner to the commission, he said. As a project coordinator at the European Centre for Election Support (ECES), Hamza Fassi-Fihr claimed that the monitoring of procedures was essential to the effectiveness of any system. She also commended INEC for its efforts to ensure effective electoral management and promote electoral integrity through the innovative tool. Dr. Isiaka Yahaya is an ECES Senior Electoral Administration Expert. His conclusion was that “the EMSC has cemented its place in Nigeria’s electoral system” and that it should be exported to other electoral systems in the African region and beyond. He said that the retreat was crucial as the INEC prepares for the 2023 general elections. Ahmed Mu’azu, National Commissioner and Chairman of the Planning, Monitoring, and Strategy Committee (PMSC), agreed. EMSC, according to Mu’azu, has been a significant component of the election process, which is why it has stayed at the forefront of INEC’s agenda as a strategic implementation framework. Prof. Ikechukwu Ibeanu, INEC National Commissioner and Chairman of the Electoral Operations and Logistics Committee (EOLC), hailed the EMSC as an important component of INEC’s commitment to the use of technology to deepen the electoral process in Nigeria, according to Prof.

It was his opinion that the use of technology in the election process had made it easier to follow results and ensure compliance. Ibeanu added that it had also improved efficiency and decreased negative human intervention in the vote process, among other benefits. Electoral Commissioner Uthman Ajidagba, INEC’s Resident Electoral Commissioner in Nasarawa, said the retreat was timely and appropriate as INEC prepared for the 2023 general elections.